Soo yesterday all day I had a terrible headache. My doctor told me with the optifast program you urinate a lot & my body was probably craving the sodium I was getting rid of. Well after I started this beautiful blog last night my head was killing me again…she told me to sip on chicken broth but I was to lazy to get up and walk downstairs…sad, I know. So instead I decided to eat some baked lays potato chips. I know your probably like WHY?? (So am I this morning with a tummy ache)

Well I realized yet again that 1. I’m lazy. 2 I’m an emotional eater..I was in pain and I found relief in a bag of chips. The truly sad thing is that I just went through this last week AND I had just had a great weigh in yesterday. I officially went from “obese” to “overweight”!!! Yeah me right…wrong, it just took a little pain for me to forget that and the 7 pounds I dropped in 3 weeks. Sigh…but it’s going to be okay.

I’ve decided not to be to hard on myself but to remember how I’m feeling (sick) and try my hardest not to do it again… So this morning I’ve already had my breakfast shake and a cup of oolong tea, now I’m on my way back to the kitchen to get my broth so I can get some sodium in my body the right way…I’ll let you know how it goes later. 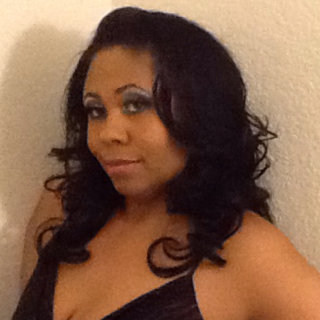 Sharing my various journeys in my crazy life. I have Heart Disease, Diabetes and Fibromyalgia just to name a few (sigh...I know) but i'm taking back control of my life and my health, please follow me on this journey.

For women living with heart disease

For the love of Lawrence
Liv by Viv with Dr. Vivian

Life and Midsize Style with Joy

Anecdotes, rants and wisdom from an atypical woman

Chisel Until Your Dreams Manifest

My new favorite “F-words” are Family, Food, Fitness and Fun!

Thoughts from a Nurse, craftaholic and first-time mom

that's how we roll in the kitchen!

Healthy Living One Calorie at a Time

Food in Boulder and beyond

So You Want To Be A Vegan

Life before and after weight loss surgery